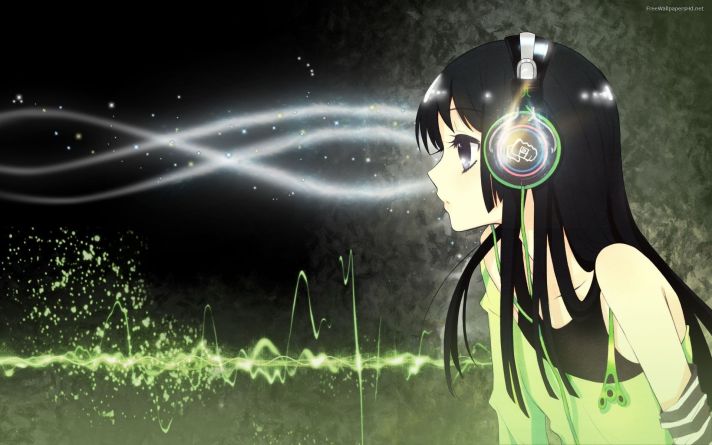 I thought this would be a fun post, something I haven’t really thought much about. And let me tell you, narrowing it down to just ten is very difficult. I had thirteen I wanted to include, but that’s a strange number to have for a list, so I had to eliminate three. Like most of my lists, this is not in any particular order, just the one I wrote them down in. I hate playing favorites, and many things I say are my favorite are really just one of many.

Everything on this list I love not only based on the way the song sounds, but also the visuals that are shown when the song is playing. So I’ll show a screencap of each opening and also a link so you can listen to it yourself. And some songs also have English covers I love, all by either Amalee or NateWantsToBattle, so I’ll include those links as well.

So, without further ado, my very favorite anime openings.

You all know my love of Soul Eater. Between my user image, my cosplay tutorial, how many times I’ve mentioned it in lists, and my first OWLS post, I’m sure my obsession is clear. And like most people, I prefer the first opening to the second one. I think both songs have lyrics that definitely match the show very well, and in a way I feel that the first one is in Maka’s perspective, talking to Soul. And the reversal for the second opening. But I’ve always been more fond of the first song for its upbeat tempo.

My Hero Academia: The Day, Opening 1

I really wracked my brain over this one. I knew I had to include a My Hero Academia opening, but I really didn’t know which one to have on this list. Everyone seems to like Opening 2, Peace Sign, but I really think the first one has a special place to me. Though I feel Peace Sign has better lyrics, this one has better music. Every time I hear it I know I’m about to watch an awesome superhero show. It’s so upbeat and I can’t help but bounce in my seat a little.

My Hero Academia [The Day]

I talked about how much I loved this opening in my Prince of Stride review, but I just love this opening so much I need to showcase it again. This show isn’t spoken of often, as it’s not an impactful sports anime, but I still think it’s worth a watch. I’ve never been a huge sports anime fan, but I really enjoyed watching this anime. At least watch the opening and look at the art, it’s just gorgeous. And the song itself is pretty catchy as well.

Oh, big shocker this one’s on the list. I thought about replacing this one with something else, but I just love it too much. I’ve practically memorized every move of the routine, I love it so much. I just think this opening is so unique and though it gets plenty of recognition I just needed to say it again. It blows me away every time I watch it. As soon as I saw the opening, I knew this show was something special. I realize I’ve only made two posts on this show, which isn’t a whole lot, but I have ideas for maybe one or two in the future.

I jumped on the Haikyuu!! train, guys and I love it. I really didn’t think I would like it as much as I do. I’m only half way through season one, but I have already fallen in love with this show. Though my rambling about it will be saved for later. I just think the opening just matches the show so well, especially the lyrics if you’ve ever heard or read those. This song was probably what truly convinced me to watch this show.

Ah, Assassination Classroom. Another anime I’ve mentioned on multiple occasions. Though, when choosing which opening to use, I didn’t struggle in the slightest. I’ve always loved the way this opening sounded. I’m not entirely sure why this one specifically, but it just stuck out to me. I love all of the openings for this anime, they always have so much going on and I couldn’t ever skip them because I was trying to notice all of the effects that were going on in the background. And you can tell when it’s an Assassination Classroom opening because parts of the song are sung by different people so it feels like the class is really singing it.

Again, a show I’ve mentioned a lot. And I love the art that they use for the opening specifically. It’s all in black, gray, and white, except for the characters’ eyes, clothing, and the backgrounds. It’s such a unique way to do an opening, making it such a different style than the show. And I chose the second one specifically because of how it sounds, I initially didn’t like it as much as the first opening, but after listening a couple times, I loved this one more.

I’ve recently been having my heart ripped out by the Book of Circus arc of Black Butler. Any of you who have watched this part will understand what I mean by that. But I’m not here to talk about the show itself. This opening is so amazing. The visuals are very eerie and beautiful at the same time, perfect for the show. And the music begins sounding like an old arcade or festival game, and gradually goes into a drumbeat. It’s so perfect I just don’t have enough words to describe it.

I honestly would forget this show even exists if it weren’t for the opening. This is an anime that I wouldn’t be able to rewatch, due to the element of surprise being so important in enjoying the show. And because of that, it gets lost among the anime I’ve seen and can rewatch if I desire to. But, this is about the opening. I again love the style of it. Some pieces look like they are straight from the show, while other parts are in a completely different style. And though there are a lot of spoilers if you look closely, it’s really just visually appealing.

I’ve expressed how unimpressed I am with this show in my previous post, which I recommend you read. But there’s something about the opening that I really love. The lyrics fit right into the show, and I wouldn’t be surprised if this song was written for the show. My favorite part of the visuals is in the beginning of the opening, when the vampire queen is spinning and the feathers at her feet twirl around. I’ve always loved the way some animes use rose petals, cherry blossoms, or feathers as effects. It’s so pretty to look at.

Hope you guys enjoyed this fun little list. I figured I would have something easier to prepare for this week since over the weekend I will be out of town again. I’m trying to post on Fridays, and clearly today isn’t Friday. And next week will be my OWLS “Bloodlines” post so be sure to check that out. I’ll put a link here in case you’re reading after it’s published.