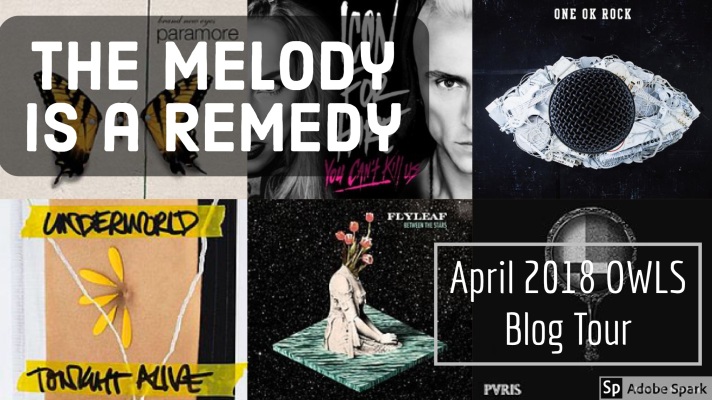 [OWLS Blog Tour: “Melody”] The Melody is a Remedy: How Music Impacts Me

(The title of this post is inspired by the band Icon for Hire’s song: Rock and Roll Thugs)

Welcome back to another OWLS tour post, though clearly, it seems this one will be a little bit different. I won’t be talking about any anime at all in this post, only my favorite songs from my favorite bands and what they have done to impact me.

If you aren’t aware, this post is of a tour for the lovely group, OWLS, which I’ve been writing for since June of last year! We are a group of loving anime fans who want to spread positivity through pop culture and anime! We are non-discriminant against anyone regardless of their race, gender, sexuality, etc.

In one way, music is form of healing and self-expression. For this month’s topic, we will be exploring some of our favorite musical pieces (anime/drama OSTs, movie soundtracks, music genres and etc.) and how it has impacted our lives and/or reasons why we enjoy listening to it.

END_OF_DOCUMENT_TOKEN_TO_BE_REPLACED

I apologize for this being late. I was exhausted this week and fell asleep before I was able to write this last night, haha.

I don’t know if there are that many characters in the libero position that I even paid attention to. And if I did, I’m unsure if I’d even be able to tell their name. The only ones I know off the top of my head are Nishinoya and Yaku, and I’m gonna have to go with Nishinoya here, since 1) I know much more about him and 2) he’s freaking amazing.

END_OF_DOCUMENT_TOKEN_TO_BE_REPLACED

This is such an unfair question, it’s not even funny. When I first saw it, I didn’t know if I’d even be able to answer it. All of my very top favorite characters are setters, as I stated in a previous post. Then I realized there’s one setter I haven’t mentioned quite yet, and he definitely needs to be noticed in this challenge.

END_OF_DOCUMENT_TOKEN_TO_BE_REPLACED

I almost feel bad that I still haven’t even mentioned the main character of this whole show in any of these posts, and even here I’m not going to mention him. I’m going to try to highlight each of the characters I have strong feelings for throughout this challenge, it’ll just take a bit to get through all of them with the prompts available. In this case, I just have a character who plays in this position that I like just a little bit better, especially after I finished the third season. And I mentioned him in My Thoughts On: Haikyuu!! Season 3, which was posted last week.

END_OF_DOCUMENT_TOKEN_TO_BE_REPLACED

For some bizarre reason I totally blanked on who even plays in this position. I guess I never paid that much attention to this specific position, and I’m unsure why. But a quick scroll through the fandom/wikia page brought me to an answer.

He was almost my answer for Day Five, but losing for that post allows me to talk about him here instead! It all works out…

END_OF_DOCUMENT_TOKEN_TO_BE_REPLACED

This prompt is one of the easier ones, besides the favorite character one, at least for me. 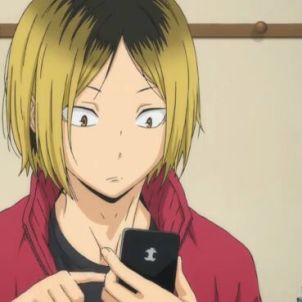 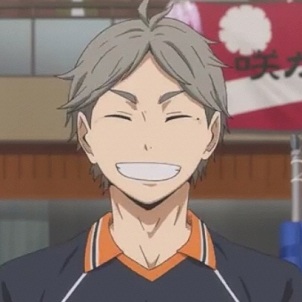 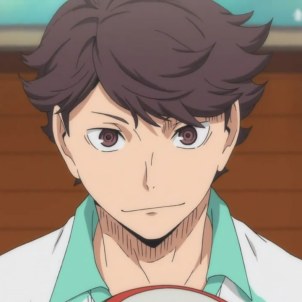 Setter. No questions asked. It’s fairly clear majority of my favorite characters are setters: Kenma, Suga, Oikawa, and Kageyama (whom I’ve yet to mention). Overall, I think it’s a position that requires a lot of thought and skill, plus an understanding of how the person you’re setting to will react to it. The actions never look like much, but they can make or break a point sometimes. If the ball isn’t hit by someone, it could fall to the ground, and the other team will get the point. Sometimes it could be on the others, but the setter also could have miscalculated who would hit it, or just set too high, or many other scenarios.

All positions are incredibly important, but I like the fact that on the surface, setting looks like it requires little skill, but really, it just requires more thought than strength.

Tomorrow starts the favorites of each position, which should be quite a bit of fun to do! I’ll try to not repeat myself with characters, since I know that would get boring after a bit. 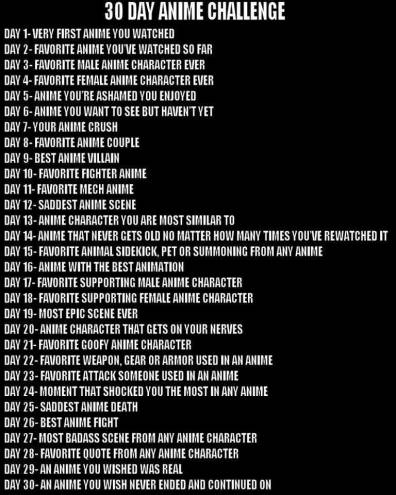 I almost forgot to write this post up, as it’s nearly 8 pm as I’m writing this. But I didn’t forget, and I can keep up this challenge. I would have had today’s post ready beforehand, but I was busy this weekend so I only had those two prepared.

END_OF_DOCUMENT_TOKEN_TO_BE_REPLACED

Well, I’ve made it to day three! This week is going to be difficult for me, since I have this to keep up with and a 100 followers post, and an OWLS post. Oh, and a final. But I’ll try my best to get all of it out! I won’t have work until Saturday, so that may help.